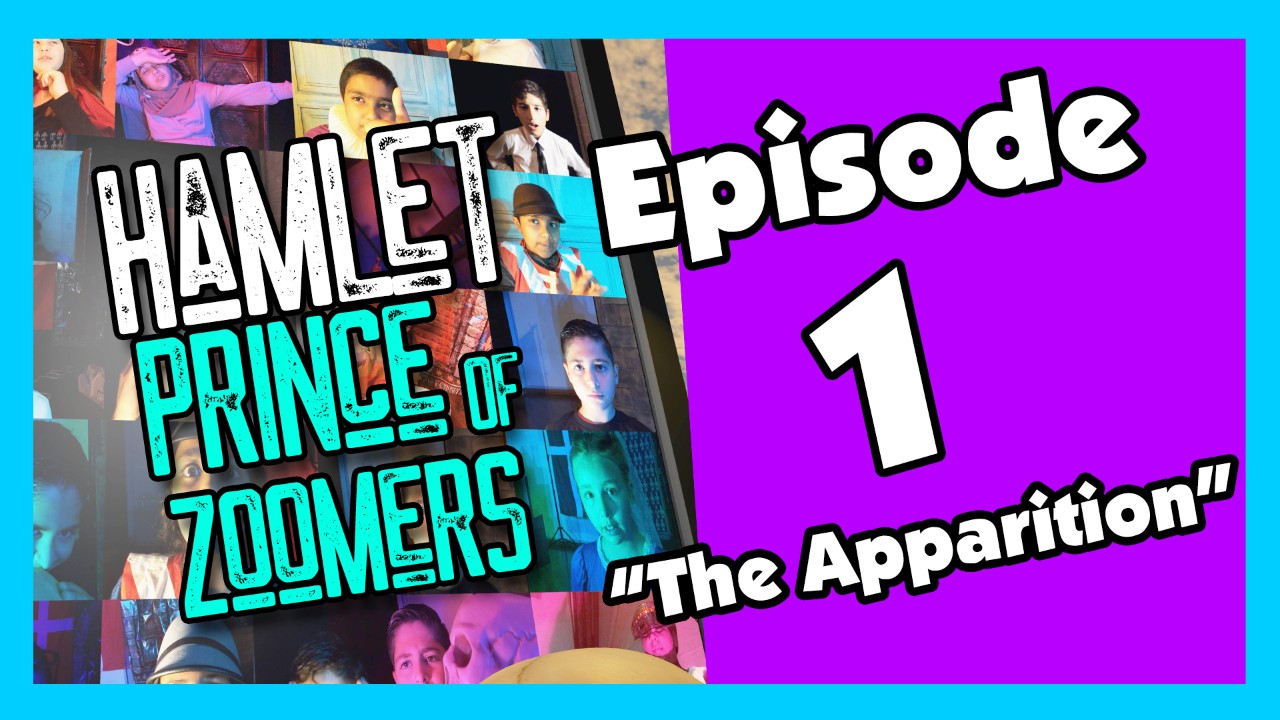 Glenwood Public School’s drama company was not going to let the pandemic get in the way of its Shakespearean legacy. Their production of Hamlet, originally planned as a stage play, went ahead in the best “show must go on” tradition. Being Generation Z, what better way for Zoomers to make their Hamlet than via a Zoom-like video conference? The result? Another first: Hamlet, Prince of Zoomers, a multi-episode web-series!

Shakespeare can be challenging even to an adult actor, so the first goal was to ensure both the audience and the actors could understand the language. The young actors could then bring them to life via their own unique personalities. Then the “very 2020” challenge of channelling that performance through the frame of a video conferencing screen. “At all stages, the cast were encouraged to have fun with the camera and play to it as if it was a person with whom they were talking,” says drama teacher Tom Gough. “I’m really pleased with what they came up with. You can see the energy and talent shine through with every frame.”

Filming took place over two nights. The cast were safely socially distanced in stations around the school hall. Backdrops consisted of a rough assembly of props, set pieces and leftovers from past productions, going back to Glenwood’s first Hamlet play from 1994. Students created their own costumes in Visual Arts classes, along with help from inventive parents. The filming space took on a look of improvisation: the whole show has an underlying theme of adaption to the circumstances, as all of our lives have had to do in 2020 and 2021. Many a Broadway show has been re-worked in like manner over the past year, so Glenwood’s Hamlet is in good company. The production uses the “multi-rolling” technique: that is, actors play several parts and some characters are played by several actors.

With filming completed, the cast have swapped hats and have begun editing. Using multi-screen templates, the students are creating a series of short webisodes. As well as being another first (a Hamlet miniseries?), this allows teams of students to work simultaneously on different scenes of the production. Each team takes on multiple roles: directors (old-school TV style - switching camera angles depending on the scene), artists (backgrounds are created in Minecraft), composers (music is made using GarageBand and free online sources) and special effects (taking advantage of the many visuals available in Adobé Premiere Elements).

Another exciting feature is the use inclusion of Italian subtitles in an international collaboration with Italian Shakespeare scholar Emanuela Laura. Glenwood’s recent movie Chocolypse! enjoyed success in Italy at the Global Education Festival in San Remo in 2018 and the school is keen to maintain that link.

“‘Hamlet, Prince of Zoomers’ captures the many trials and tribulations the year 2020 delivered,” says Glenwood principal Jay McInney. “These trials and tribulations, reflected in both the storyline of William Shakespeare’s Hamlet and the mode of delivery required due to last year’s challenges, are expertly portrayed in this rendition of Hamlet’s masterpiece. It showcases the many artistic and technological skillsets that students of Glenwood Public School possess.  ‘Hamlet, Prince of Zoomers’ is a brilliant reflection of the shared vision of learning that students and staff at Glenwood Public School embrace, presented in a format that is entertaining and engaging.  I hope you enjoy Hamlet, Prince of Zoomers.”

A preview of episode one and episode two are now available to view via the Glenwood Public School website. When editing is complete, episodes will be uploaded regularly for a total running time of thirty minutes. As Mr Gough says, “Glenwood has such talented students who never fail to show their dedication. What a great school!”

We would like to pay our respects and acknowledge the traditional custodians of the land and also pay respect to Elders both past and present.

Copyright for this website is owned by the State of New South Wales through the Department of Education. For more information go to https://www.dec.nsw.gov.au/footer/copyright.